Key insights of the Global HR Fest in Brussels

The recent, 2-day HR Fest in Brussels confirmed that the number of companies implementing HR-analytics is still growing. The idea that it’s all a hype seems to be behind us now, and more and more people seem to be aware that data can actually add value to their company and employees.

More and more companies are collecting, consolidating and analyzing data, so that they can make decisions based on facts rather than on gut feeling. The aim of the fact-based decision making is to create value for the company. Like Patrick Coolen said: “creating business impact by making better informed decisions”.

Influencer Jonathan Ferrar used a few examples to show how the use of data can add value to the company. One example focused on staff turnover, which was higher among women than among men.  With awareness and the right response, the turnover among women can be reduced, thus saving costs for the company. At the same time, it can contribute to the realization of a more representative workforce.

The theme of the conference was Analytics and Strategic Workforce Planning and it was clear that data management plays an important role in this field. Ian Bailie gave a good example of the power of data management in Workforce Planning. His company, Cisco, works with a so-called Talent Cloud, in which all sorts of data are stored, such as employees’ skills, performances, strengths and motivations. The Talent Cloud allows employees to define their own, data-driven career path within Cisco. For example with the help of the data-driven proposals and training suggestions, tailored to their individual skills and interests, that Talent Cloud provides. In addition, the Talent Cloud informs employees of internal vacancies that fit their career path.

Team leaders in their turn, use the Talent Cloud to find employees with the right skills for their team. With a push of a button, team leaders can see which Cisco employees are looking for a new or additional challenge, and find a match for their requirements. The idea behind Cisco’s system is to get as many employees as possible in the right places, which will lead to increased engagement and productivity.  A good example of how data management can create value for the company!

A point that came up in several different presentations, including those of Bruce Fecheyr-Lippens, Mariëlle Sonnenberg and Jonathan Ferrar, is that storytelling is an important aspect of analytics. Data is important, but not of much use if we can’t communicate our findings clearly, to senior decision makers for example. When Ferrar spoke about communicating findings, he gave an important tip: “enlighten, don’t overwhelm”.

If we want to convince senior decision makers of our findings, we’ve got to limit ourselves to the most important conclusions. Or, in Sonnenberg’s words: “Start with the end result”. It’s best to leave the details, regarding statistical methods for example, for the annex or leave them out altogether. The idea is that everyone, including people who are not specialized in data, understand what you’re talking about.

4.    Analytics is a value free thing

My final key insight of the conference came from Dr. Richard Cotter of Allianz. According to Cotter, analytics is more than just analytics. Company culture plays a crucial role in the implementation of analytics. Ethics and politics play an important role in its effectiveness. He argued that in principle, analytics is a good tool if you want to avoid intersubjective decision making. Cotter referred to analytics as an additional dimension, supplementing emotions and politics.

However, the findings of analytics can also be misused, infringing on ethics and employees’ privacy, or used as a political power tool.  “It’s the people that put horns to it”. As HR professionals, we must ensure that analytics is properly implemented in business processes.

All in all, the conference was very interesting, with many captivating speakers, some of which I’ve already mentioned, as well as: Kevin Erikson, Eric Breny, Jan Seevogel, Frederik Somers, John Huertas, Wilson Wong, Gert Beeckmans, Sjoerd van den Heuvel, Mihael Sutalo, Rob van Dijk and Terry Kleinert. Thank you all for the interesting presentations and last but not least, thank you to Icon Group for the organization and to my colleague Gido van Puijenbroek for chairing the conference! 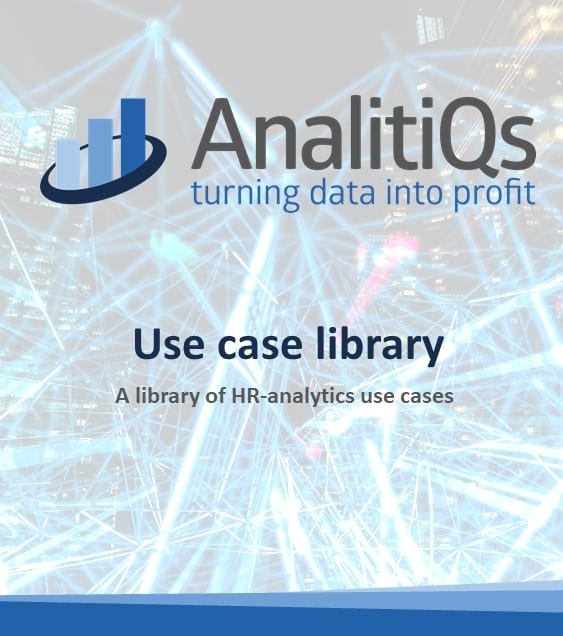